Writer-director Deon Taylor (Traffik) kicks off 2023 with his psychological horror film set during a pandemic. Co-written by John Ferry, Fear follows eight friends vacationing at a secluded (and haunted) lodge who become increasingly paranoid about getting sick while also experiencing hallucinations caused by malevolent spirits. Yes, it’s both a haunted hotel story and a global pandemic story, and the result of combining the two sub-genres is as convoluted and riddled with clichés as one would e 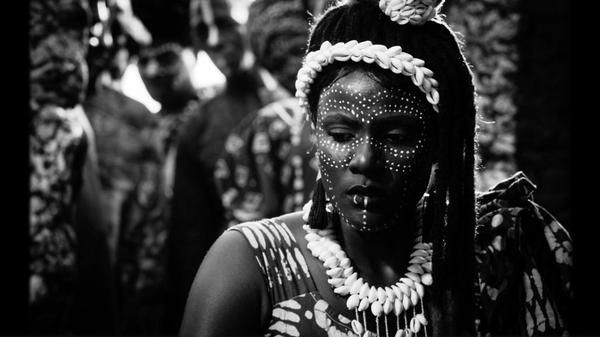 Sundance 2023 Review: ‘Mami Wata’ Is a Thrilling Tale of Revenge and Spirituality

Writer-director CJ ‘Fiery’ Obasi (Ojuju) makes Sundance history this year as the first Nigerian-based filmmaker featured in the festival. He’ll showcase his third feature-length film Mami Wata, a female-driven, genre-bending fantasy film boldly told in black and white. The oceanside village of Iyi thrives on the blessings of the ancient water spirit Mami Wata of West African mythology. As the intermediary, Mama Efe (Rita Edochie) bridges the gap between the people of Iyi and the mermaid goddess 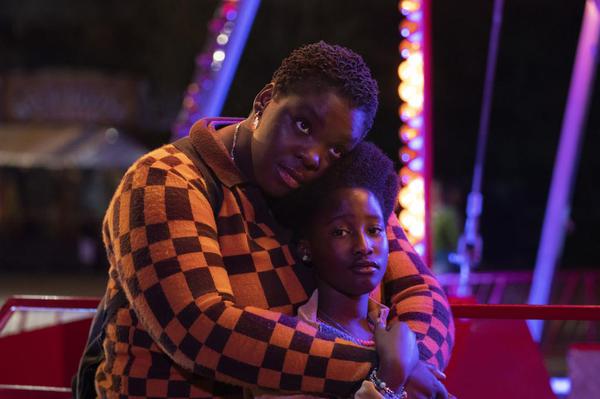 Writer-director Adura Onashile makes her feature directorial debut at this year’s Sundance Film Festival with Girl, the story of a mother-daughter bond put to the test as the daughter feels more and more drawn to the outside world. Named a Screen Star of Tomorrow 2021, the British-Nigerian filmmaker is best known for the BAFTA Scotland-nominated short Expensive Shit, an adaptation of her 2016 play previously featured in the Edinburgh Festival Fringe. Set in Onashile’s home of Glasgow, Scotland, 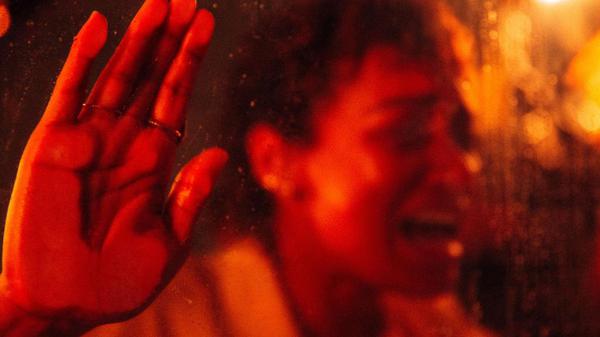 Sundance 2023 Review: Danny and Michael Philippou’s ‘Talk to Me’ Explores the Consequences of a Supernatural High

Twin brothers Danny and Michael Philippou make the leap from their popular YouTube channel RackaRacka to the big screen with their debut feature Talk To Me, a psychological horror-thriller set in their native Australia. Based on a concept by Daley Pearson (The Strange Calls), and penned by Danny Philippou and Bill Hinzman, the filmmaking duo directed the film together. But this wasn’t their first time on a film set. Aside from their surreal, cinematic videos, both have production experience fro 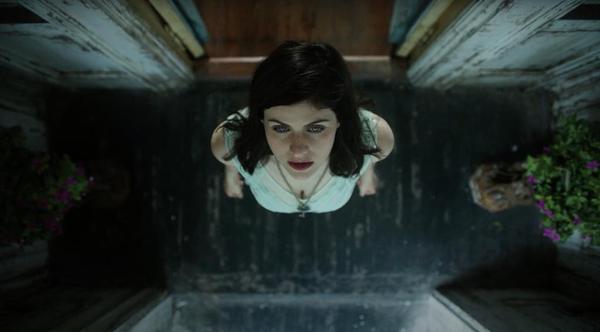 AMC expands the cinematic universe of late author Anne Rice, officially called the Immortal Universe, with an episodic adaptation of the 1990s novel trilogy Lives of the Mayfair Witches. Written and created by Esta Spalding and Michelle Ashford, both known for Showtime’s Masters of Sex, the supernatural drama follows the titular Mayfair family’s 300-year legacy of powerful, oft-doomed women. The eight-episode first season primarily focuses on The Witching Hour, the first novel in the trilogy, wh 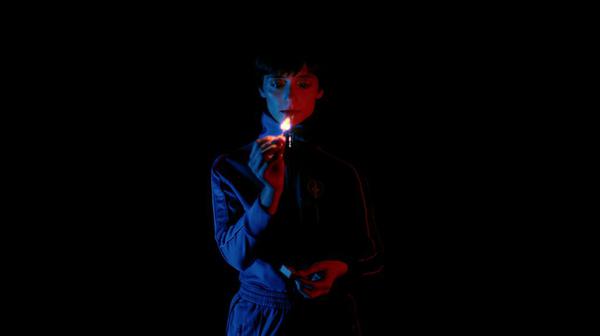 If you’ve ever wondered what the take on the superhero genre from Nicolas Winding Refn (The Neon Demon) would look like, Netflix has you covered in the new year. Four years after directing his first television series Too Old to Die Young, the Danish visionary returns to streaming with Copenhagen Cowboy, a neo-noir set in his native Denmark. The six-episode series was penned during the pandemic by Refn and co-writers Sara Isabella Jønsson Vedde (Miss Osaka), Johanne Algren (Kamikaze), and Mona M 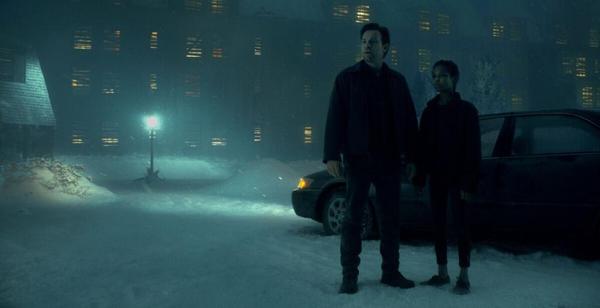 Psychological Thrillers to Chill You This Winter

‘Tis the season for wintry content, and what a great time to enjoy some spine-tingling thrillers filled with murder mysteries, ghosts, vampires, and serial killers. Here are six winter-centric tales that bring you thrills and chills. Kicking off the list is a film that hasn’t been talked about nearly enough, though its recent arrival on Netflix currently has it in the top ten. Denis Villeneuve’s Prisoners stars Hugh Jackman as Keller Dover, a father unraveling after the abduction of his daught 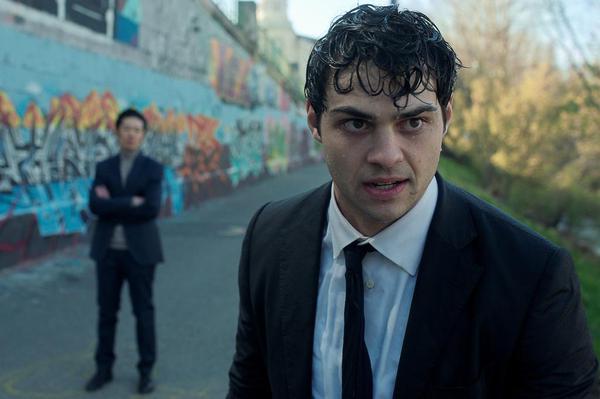 Review: Noah Centineo Wings It in a World of Espionage in Netflix’s ‘The Recruit’

Noah Centineo has proved to be a great leading man in his previous work with Netflix and an action star in Black Adam. Netflix’s The Recruit marks two firsts for the young actor. He’s the lead in a streaming series. He’s also stepped into the role of executive producer, along with showrunner Alexi Hawley (The Rookie) and journalist/lawyer Adam Ciralsky, who used to work for the CIA. Owen Hendricks (Centineo) is a 24-year-old recent law school grad who goes to work for the CIA. He’s intelligent, 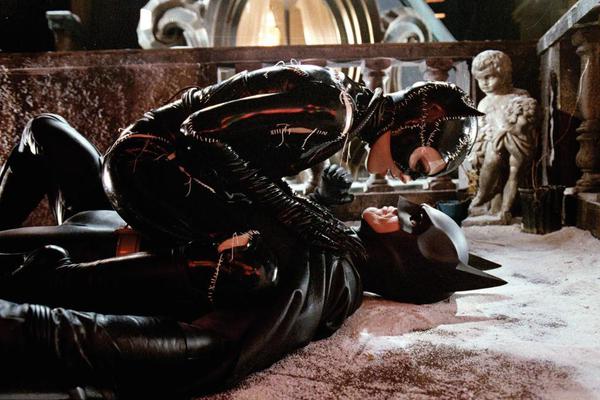 This past summer marked the 30th anniversary of 1992 follow-up Batman Returns from Tim Burton (Wednesday). The sequel, written by Daniel Waters (Heathers) with a “story by” credit for Sam Hamm (Batman), was a financial hit at the box office but still pulled in less than its predecessor. Audience-wise it was divisive, with some thinking Burton made it too dark. But anyone familiar with Batman lore would counter that the hero’s entire backstory is incredibly dark, as are most, if not all, of his 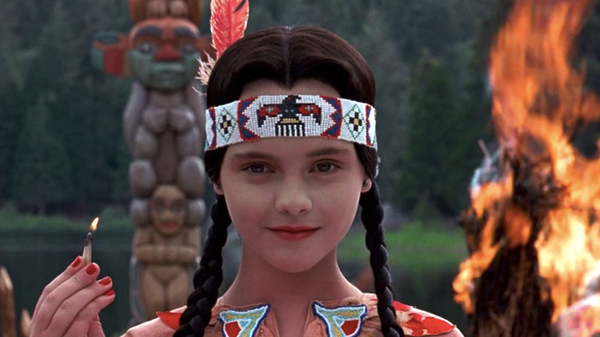 In 1991, director Barry Sonnenfeld (Schmigadoon!) reintroduced us to cartoonist Charles Addams’ delightfully macabre family who first graced the pages of the New Yorker in his movie The Addams Family. But with Paul Rudnick’s (Sister Act) sharp, satirical follow-up script, Addams Family Values could be a standalone movie. The Addams Family set the stage but the sequel outdid its predecessor. It’s not even necessary to see the first one to understand the events of the second. Despite not meeting 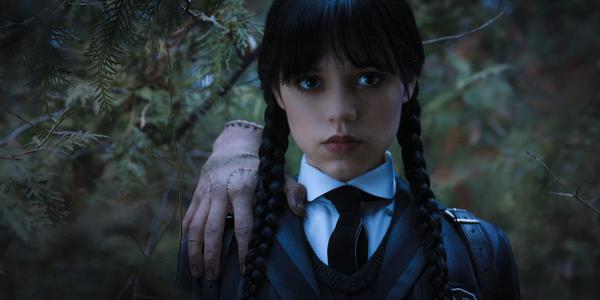 Review: Jenna Ortega is Exceptional as the Woeful and Weird ‘Wednesday’ Addams

The extraordinary character of Wednesday Addams has been around since 1938, popularized in the 1960s sitcom, and cemented as an icon in the 1990s Barry Sonnenfeld (The Addams Family, Addams Family Values) movies. Even though we’re often weary of reboots, remakes, and reimaginings, this year’s Addams spin-off from creators Alfred Gough and Miles Millar (Smallville) along with director/executive producer Tim Burton (Miss Peregrine’s Home for Peculiar Children) is something original and wholly its 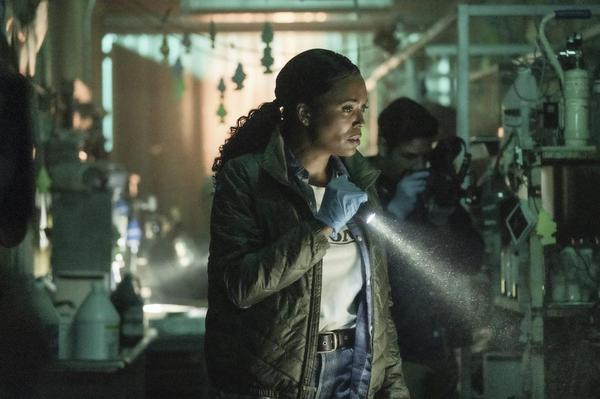 Review: Our Favorite Profilers, Back and on the Hunt for a Serial Killer Network in ‘Criminal Minds: Evolution’

The long-running crime drama Criminal Minds came to an end in February 2020. A dip in ratings likely led to its cancellation on CBS. However, the series’ fanbase grew during the pandemic when everyone was quarantined and binge-watching it on Netflix. Showrunner Erica Messer took notice and, teaming with Criminal Minds writers Breen Frazier and Chris Barbour, and director Glenn Kershaw, a new chapter was born. It doesn’t sound like it took much convincing to get the cast back together. Aisha Tyl 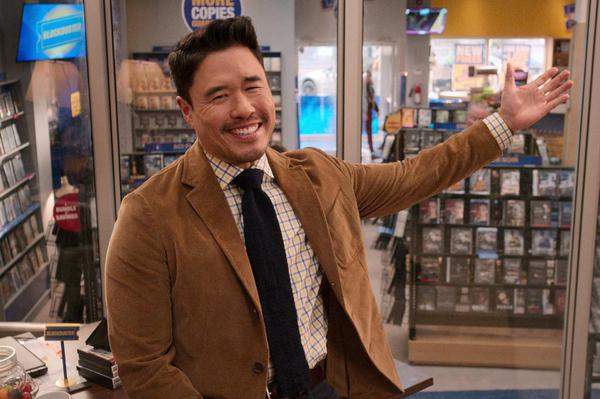 Review: Make It a ‘Blockbuster’ Night with Netflix’s Feel-Good Series

In September 2000, Blockbuster CEO John Antioco turned down the opportunity to join forces with a little company known as Netflix for $50 million, having them handle the online DVD-by-mail side of things while Blockbuster put its focus on in-store rentals. Twenty-two years later, Netflix is thriving and ironically, debuting an original series about the last remaining Blockbuster. 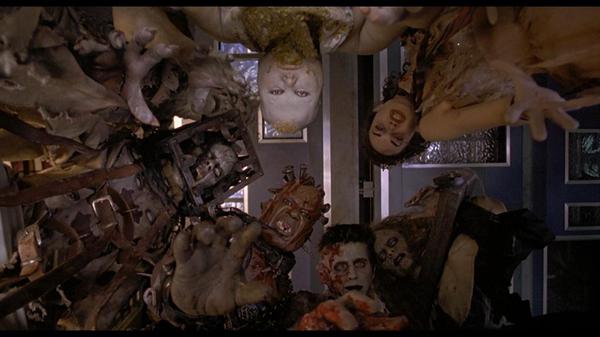 The big horror movie remake boom of the early 2000s was an interesting time in movie history. Classics like House on Haunted Hill, The Texas Chainsaw Massacre, and House of Wax all got the remake treatment and produced varying results in terms of profitability. Director Steve Beck (Ghost Ship), with writers Neal Marshall Stevens (Hellraiser: Deader) and Richard D’Ovidio (Hypnotic), put their own spin on William Castle’s 1960 film 13 Ghosts, but it didn’t do so hot at the box office back in Octo 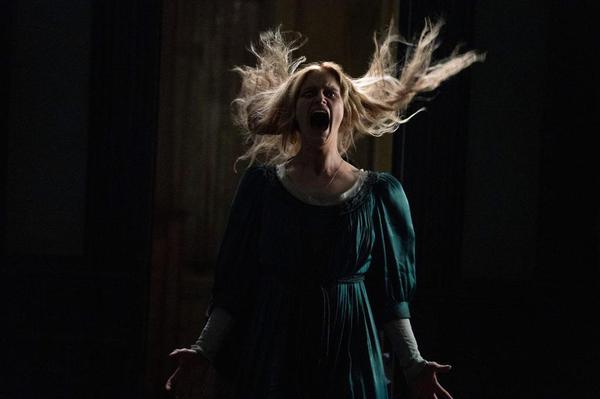 This month horror legend Guillermo del Toro (The Shape of Water) brings his curated anthology horror series to Netflix for a 4-night event with a different theme each night. Ghosts, demons, and Lovecraftian tales of witches — Guillermo del Toro’s Cabinet of Curiosities has got it all and then some. The first episode is an original story from del Toro himself written for the screen by Regina Corrado (The Strain) and directed by Guillermo Navarro (Hannibal). It follows Nick (Tim Blake Nelson), a 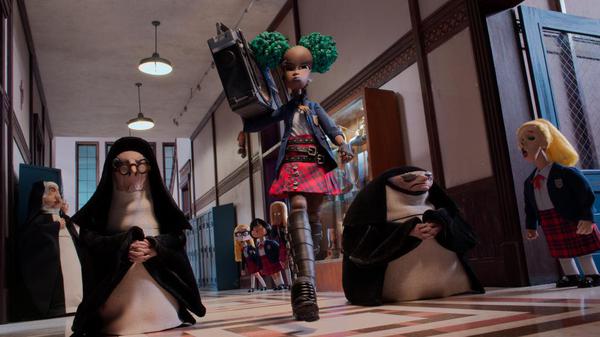 Review: Henry Selick’s ‘Wendell & Wild’ Is a Hellish, Heartfelt Film a About Girl and Her Demons

Legendary animator-writer-director Henry Selick (Coraline) makes his long-awaited return to the screen with a dark and edgy stop-motion feature just in time for Halloween. Co-written by horror auteur Jordan Peele (Nope) and based on an unpublished book by Selick and Clay McLeod Chapman, Wendell & Wild is about second chances, self-discovery, and the afterlife and somehow manages to shine a light on the grim reality of the prison industrial complex and juvenile correctional system while remainin 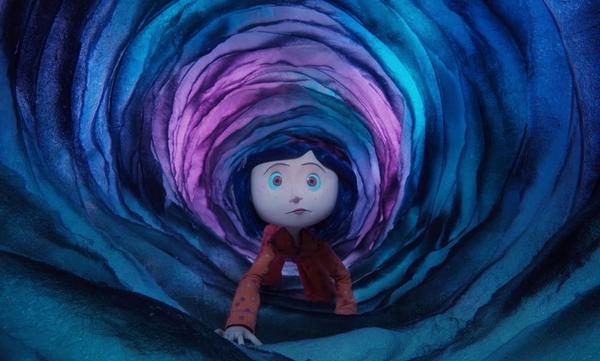 In 2009, LAIKA Studio released its first stop-motion feature, Coraline, written-directed by the incredibly imaginative Henry Selick (The Nightmare Before Christmas). The adaptation is based on Neil Gaiman’s (The Sandman) 2002 novella of the same name, about a lonely girl who falls into a dreamy world that’s both exciting and scary. The delightfully dark fairy tale blends horror elements with family-friendly fun. Almost 14 years later, Coraline is still relevant and beloved. The Jones family mov 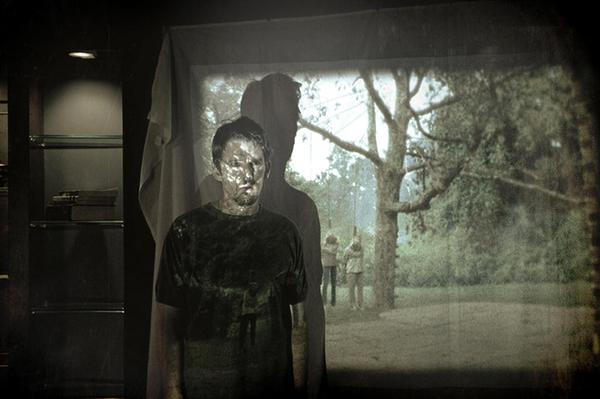 Modern Horror Classics: 10 Years Later and ‘Sinister’ Is Still One of the Scariest Films in Horror

It’s getting harder to impress horror audiences, especially with the rise of highbrow horror. But, back in 2012, Scott Derrickson and C. Robert Cargill, the writer-director duo behind Doctor Strange and this year’s The Black Phone, gave us a movie full of atmospheric terror. In 2020, Forbes reported that the “Science of Scare Project” determined Sinister was the scariest movie by measuring audience heart rates, which went from an average of 65 BPM to 86 BPM while watching the film. So, the effec 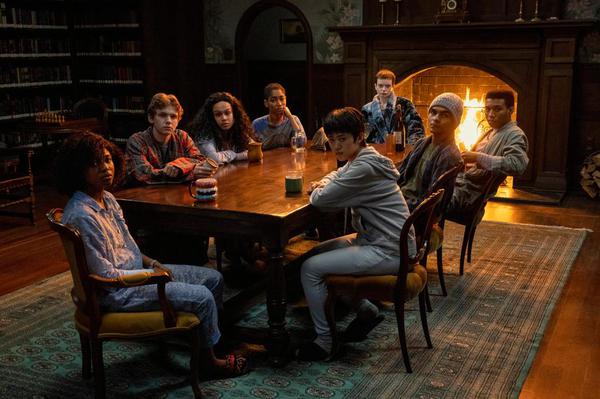 Yes, it’s that magical time of year when we get another entry into the Mike Flanagan Cinematic Universe. This month the Flanaverse expands with the writer-director’s Netflix series, The Midnight Club, adapted from the 1994 YA novel of the same name by prolific author Christopher Pike, who also serves as executive producer. Co-created by writer-producer Leah Fong (The Haunting of Bly Manor), the series follows a diverse group of terminally ill teenagers and their nightly meet-ups to scare each o 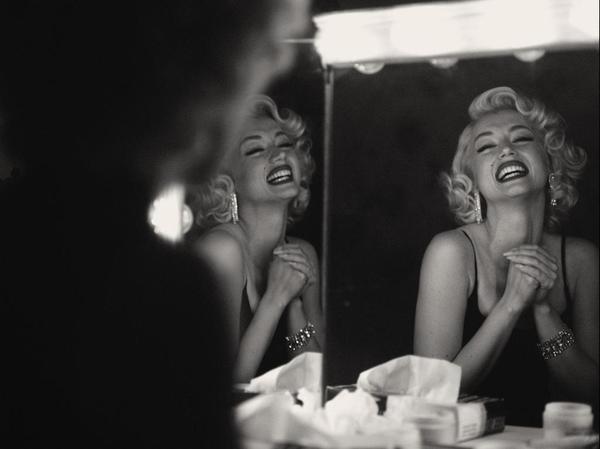 Writer-director Andrew Dominik’s (The Assassination of Jesse James by the Coward Robert Ford) immersive and surreal adaption of Joyce Carol Oates’ imaginative novel of the same name is a lot to take in. The film digs deep into the myth of Marilyn Monroe, resulting in an unrelenting depiction of a fragile woman at the mercy of the Hollywood system. Blonde begins before the fame, with young Norma Jeane (Lily Fisher) and her unstable mother Gladys Pearl Baker (Julianne Nicholson). On her birthday,
Load More
Close ✕